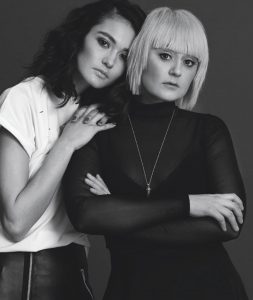 From teenage misfit to Fashion Designer, Alisha has played an important role in the growth of Edmonton’s Fashion Industry. As a 2001 Fashion Design graduate from MC College Edmonton, she is the Owner and Creative Director of Suka Clothing, and a Fashion Instructor at MC College. Since graduating, she has also:

• Showcased in The Park Show in Edmonton and Calgary
• Showcased at Western Canada Fashion Week
• Been featured in Fashion Magazine, Avenue Edmonton, Georgie Magazine and Alberta Venture to name a few.
• Competed in the 2012 Mercedes Benz start up competition
• Done illustration and styling for local publications. 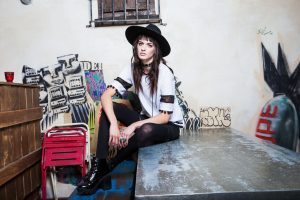 “Being an instructor has challenged my design beliefs and refined my skills and abilities as a designer. I learn as much from my students as they do from me” (via Fashion Magazine). As an Instructor, she has mentored Designers as such: Nicole Campre, Sid Neigum and Jessilyn Poole (Eve and Enoch) to name a few.

She became interested in fashion in High School. “In sewing class, I was with a bunch of misfits…girls that were kind of the rebel type. One of them was going to hair school at MC College and pushed me to sign up for the fashion program” she says. “Fashion for me was a complete accident…I had initially wanted to be a physiotherapist” Alisha continues (Via InTouch News).

So RAD @kylabamboo thanks for the video @ourparkonline once again you killed it !!! Such a great show tonite mad love to everyone who came out !!!

Alisha’s career in Fashion started when she completed her internship in Toronto. “I interned with Marcus Fraser, a local business owner whose brand came out of Toronto…he was a real person to talk to because he was from Edmonton and his company started very grass roots” says Alisha. In 2007, she launched Suka Clothing. The garments are designed by Alisha and made in Edmonton, and can be purchased online (sukaclothing.co) or in-stores (Bamboo Ballroom).

What is your brand about?
“Inspired by our Alter Ego. Suka Clothing is a lifestyle brand with a strong understanding for music, subcultures and high fashion. The brand offers comfortable, detail orientated design with a focus on wearability. Bold, street inspired looks are balanced with feminine silhouettes and simplicity.”

What has been the biggest eye opener since graduating?
“This industry is tough, it takes a lot of hard work…be prepared for heartache and disappointment, it’s the most important step in success…You can never measure your success with anyone else…you have to DO YOU and build on that every time.”

Repost @cfchinookcentre it's been an amazing weekend @ourparkonline #badlandbabes thanks to all my friends fans and park for your amazing support !!! Nice meeting and chatting with everyone!

What advice would you give to MC College students and to aspiring fashion designers?
“Leave your ego at the door…Be yourself, be real, don’t give up, accept challenges and…you got to give a shit! There is no half ass in fashion…and be humble because you will never know everything there is to know.” 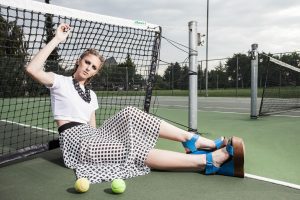