It’s a job usually left for moms but sometimes a girl’s got to turn to her dad for some hair love. Last week, all 6 MC College campuses held a DIY Studio event ‘my dad did my hair’. With back-to-school around the corner, this was the perfect time for dads to practice what they already know and to learn new skills. From a simple pony tail to fishtail braids and the Princess Leia bun, we showed Dads how to step up their daughters’ hair game to the next level! Did you catch us on CTV, CBC and Castanet? Watch our live features here:

From @ZoeHTodd: A #YEG salon is teaching dads how to do their daughters’ hair. And it’s adorable. For more: https://t.co/CkNqxxx5lQ pic.twitter.com/t5pcmA2zOs

Couldn’t make it to our event? We’ve rounded up the top social media posts from the event!

We’re taking a look back at the top stories that happened at MC College in 2016! From all 6 campuses coming together for a fundraiser to hanging out with award winning Hairstylists in Las Vegas, and much more. In chronological order: 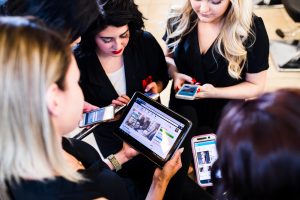 Early last year,  we were the first Canadian Cosmetology school to say ‘bye Felicia’ to carrying around textbooks and hello to  Pivot Point’s  digital learning platform: Learn About Beauty. This exciting new application combines social media, personalized education and a collaborative environment. From any Smartphone, computer or tablet, our students have access to an online collection of interactive materials so that they can learn at your own pace, anywhere…anytime!

STUDENT OF THE MONTH: A YEAR IN REVIEW

Every month, our Campus Directors and Instructors nominate a Student from each program for this award. Only 1 Student is chosen as the Student of the Month based on criteria such as: use of social media for personal branding, academic record and more. The winner receives an MC College gift card, feature on MC College’s social media channels and most importantly…bragging rights! Click on the names below to read about the Students of the Month from 2016:

In 2016,  we partnered with Brows by G to bring a Partial Esthetics class in the latest in eyebrow technology:  MICROBLADING. 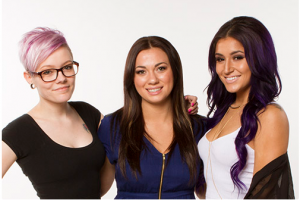 On May 12 2016, MC College organized a fundraiser across all six campuses for the Canadian Red Cross to assist those affected by the wildfires in Fort McMurray. On this day, we donated 100% of the proceeds from our six salons and spas across Western Canada; raising over $7000!

From July 23 to 26, over 70 MC College students and staff made their way to Las Vegas for the 11th annual MCxNAHA show and 27th annual North American Hairstyling Awards (aka. NAHA). The highlight of the trip? Hanging out with surprise guest speaker from Kansas and 2016 NAHA Master Hairstylist of the Year nominee….ERIC FISHER. 🙌 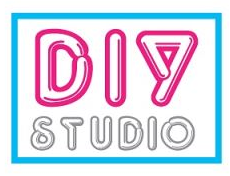 We launched the MC College DIY Studio event. This event is a series of do-it-yourself tutorials where our Students and Staff show you everything from creating Insta-worthy Holiday hair looks on yourself to a zombie inspired make up look for Halloween.

Wow!! Look at the looks created from some of our attendants this evening @mccollegegroup pic.twitter.com/i32aLJ0V8O

Our next DIY studio is January 12 at our Kelowna, Calgary, Red Deer and Saskatoon campus! BYOJ (bring your own jar) as we’ll be showing you how to create your own signature body scrub and shower oil using all-natural ingredients. For more info, visit: DIY Studio

The faux fur tho 😍😍😍😍😍 alumni collection by Ange McGill pic.twitter.com/yTeYuaPUxc 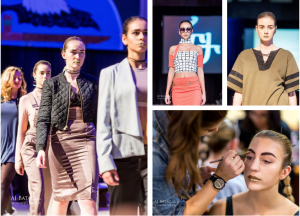 Throughout the year, MC College Students and Staff at each campus volunteered at a variety of events. Because we couldn’t just choose one event to highlight, we made a list of the top 2 events at each campus: 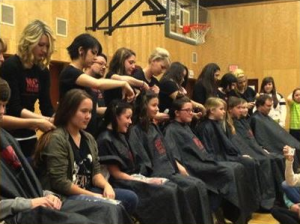 Long day today but worth it! So glad to be appart of the 💕pinking💕 hairmasacure fundraiser for Ronald McDonald house and Make a Wish 💗#mccollege #yychair #hairmasacure #pinkhair

We’re so honored to be recognized in Modern Salon’s Excellence in Education Award 2016! As the only Canadian school recognized, MC College was an honoree and finalist in 2 categories: community involvement and technology. Hundreds of cosmetology schools from across North America submitted their entries for these and many other categories. The Excellence in Education program is presented annually by Modern Salon, which is a leading North American trade magazine.